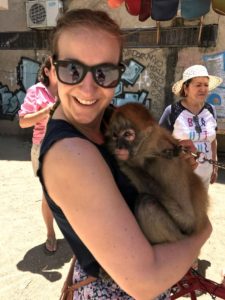 Recently, my daughter Erin, an exceptionally talented and dedicated elementary school teacher, presented a culminating lesson to the young students in her class. It was not an original lesson. I believe she found the idea on Pinterest. Yet, it was quite timely and effective.

She simply drew the basic outline of a human onto a piece of blank copy paper and cut out the figure. She called her students to the rug to sit in a circle and listen as she explained. “Today we will pass this ‘student’ around. Each person will look at it, say something unkind, and crumple the person as tight as possible. I’ll start.”

“You are slow when walking in the line.”

Crumpling the “student,” it began to make its way around the circle. When it arrived back at the teacher, the shape was unrecognizable. There was time for discussion regarding the change in the paper “student,” and inspired by the comments her class was making, Erin began again. This time, as she sent the crumpled “student” back around the circle she directed a statement of kindness toward the figure. “You color in the lines.” She attempted to smooth some of the damage that had been inflicted. She passed it to the child beside her to do the same.

As each child offered a kind statement to the crumpled “student,” they worked hard to undo the damage that had been done on the previous round of comments. All were instantly aware and saddened by the fact that the crumples and pain could not be completely undone. The lesson, “WORDS HURT,” was totally effective and became the classroom model for kindness, caring, and acceptance.

What an incredible lesson about bullying, without ever uttering the politically-charged word.

I too, subscribe to that model. My desk calendar proclaims, “kindness counts.” Yet recently I found myself exhibiting behavior I find unacceptable in others and appalling in myself. I had just returned from an arduous trip where I had contracted a virus. I was facing numerous deadlines. I arrived home to find that of the three companies that had promised services, none had been provided.

I called the first, expressed my disappointment, and questioned the continued use of their establishment. I did not raise my voice. I did not use vulgar language or resort to racist or sexist remarks. I felt legitimate in my complaint, but unable to let go of my frustration. I repeatedly reiterated my disappointment and the suggestion that I would reconsider using their company in the future. I displayed behavior so unlike me and felt so disappointed in myself, that I called the next day to apologize.

I am not a celebrity, I do not draw in high paying sponsors or receive large compensation for hosting a syndicated television show. I am not a high-ranking politician. What I say is not news. Yet my words can be just as sharp and hurtful to the one who hears them. I was raised to “treat others as I want to be treated.” I am an author and understand the importance of words.

So, what happened? I am human, and I made a mistake.

We are all human and will all make mistakes. Yet in this time when we pride ourselves on increased awareness and accepting the difference of others, we continue to fall short. We forget the power of “we” over “me.” We think only of ourselves.

Let us learn from that first-grade class. Let us take one another by the hand, walk toward that bulletin board displaying the crumpled and abused outline of an innocent human being, and think before we speak. Let us remind ourselves –and one another– that words hurt. Let us work harder to reach a place where none feel entitled to strike out at another. A place where we know not to utter ANY such “words (that) hurt.”